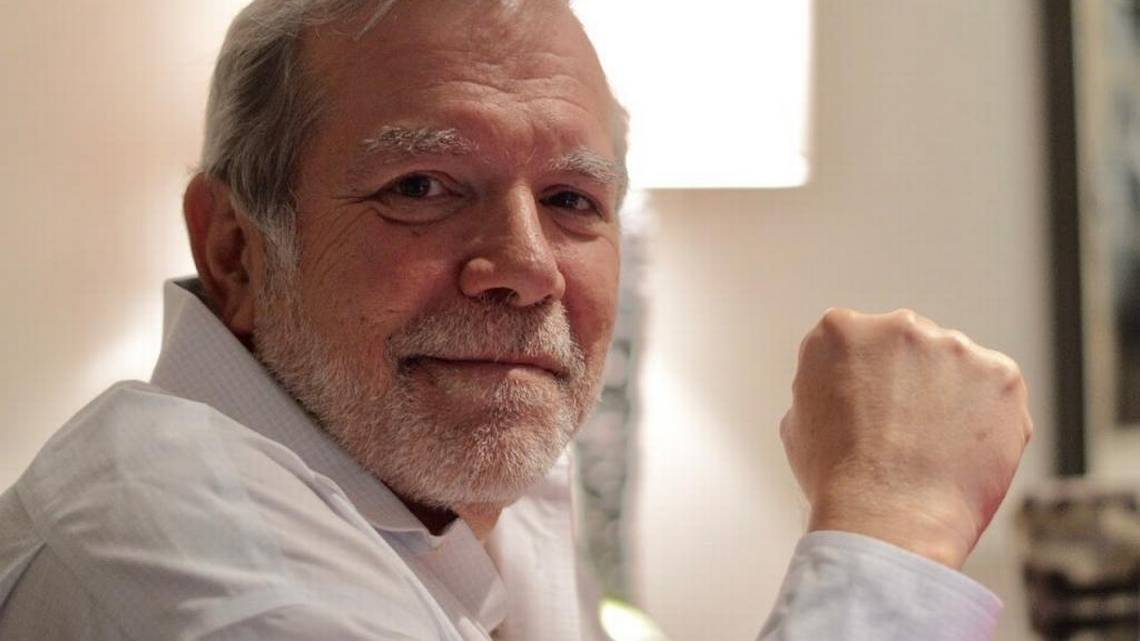 “You could drop Richard into the middle of a Manhattan cocktail party, a Catskills coffee shop, a St. Louis Rotary Club meeting, a Southern California boys’ weekend in tents, a Polish town square, a village in Kenya, a rainforest in Peru. Put him in any situation, with any type of people, in any place on the planet. And, in an hour, he would know his way around as well as the locals and have at least 10 new best friends for life,” Kindler said at DeWitt’s recent funeral.

DeWitt, a former Miami police sergeant turned Coral Gables attorney who served on numerous city boards, died on March 29 after a heart attack. He was 69.

DeWitt, an arts lover, cigar and spirits connoisseur, who also loved fishing in Key Largo, met his wife, Luba, 34 years ago while visiting Slovakia. “He was a dashing American, full of energy and an incredible curiosity,” she said at his funeral. When they met her command of English was elementary, she said, and she’d never been to America. But 10 days after they met he proposed.

“There was not one dull moment with Richard,” Luba DeWitt said. He taught her to walk through the Everglades muck and enjoy it and how to camp in the swamps without fear. She taught him to ski and appreciate foreign films with subtitles. Together, they traveled and opened their home in the Gables to visiting dignitaries and fellow arts lovers.

“Richard was a caring and concerned resident of his beloved Coral Gables,” said former mayor, Don Slesnick. “When needed to work for his fellow citizens, he was ready, willing and able to serve in whichever capacity he was needed. Over the years, he served on four different city boards demonstrating his effective leadership style in each instance. When we needed a person to guide the Economic Development Board through the fiscal trials and tribulations of the early 21st Century it was Richard who was the chairman for six consecutive years.”

More recently, DeWitt was an appointee to the city’s Code Enforcement Board and Charter Review Committee. Said Slesnick, “He and his wife, Luba, were active participants in the Sister City program and traveled — at their own expense — with our delegations to Pisa, Granada, Aix-en-Provence and La Antiqua. They were superb ambassadors for the City Beautiful.”

DeWitt’s survivors also include his children Tina Krablin, Rick and Sasha DeWitt, and grandchildren Ethan, Delaney, Liam and Sidney. Services were held. Donations in his name may be made to the 200 Club of Greater Miami.

Read the full article online at The Miami Herald.

Re the May 20 article City’s critics demand urgency to fill vacant police force positions: The article regarding sworn officer shortages within the Coral Gables Police Department expressed many of the concerns that residents have with the slow and seemingly inadequate process being utilized to recruit and hire the police officers.

The Gables Good Government Committee (GGG), a nonpartisan organization that focuses on quality-of-life issues in Coral Gables, sent a letter to its city manager on April 29 stating: “We urge you to take whatever action is necessary to fill these vacancies as soon as possible so that our city’s residents are provided the superior quality of public safety for which our community has historically been known.”

The negative impact of short-staffing raises red flags: (1) Patrol officers have been asked to work extremely long overtime days, causing fatigue; (2) The department exceeded its yearly overtime budget in May and now must draw overtime pay from new-hire funds; (3) The need to maintain minimum patrol staffing means that motor units, detectives, youth services and marine patrol are understaffed; and (4) Part-time officers may need to be hired for traffic enforcement.

These red flags could be lowered with a one-time, extraordinary effort by the city to recruit, hire and train new police officers.

The police budget has 193 positions, of which 21 officer positions are currently unfilled. Additionally, there are nine open positions due to military service, disability and light duty, as well as seven retiring officers. This means that there will be 37 possible vacant positions, nearly 20 percent of the force, by year’s end. The GGG strongly urges the city administration to listen to its concerned citizens and fill the officer vacancies now.